Do anyone like to carry wallet nowadays. I think so it is no because it is none used by anyone. It is because it is not safe at all, and all the time, we have tension in the mind that it should be not got stole. So what if you have a smartphone and it can be used as your wallet. Is it a good idea to not to carry anything just a phone with you for chilling. If you have any Galaxy smartphone, then it is easy to pay if it supports the Samsung Pay app.

What is Samsung Pay?

It is the app that allows you to pay via your smartphone at all the retail stores in whole over the world. Everyone loves to use smartphones nowadays, and so Samsung pay will enable them to pay via it only without carrying their wallet. 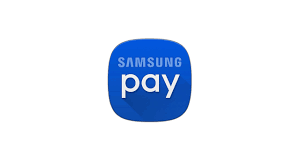 How Does Samsung Pay Works?

Samsung Pay also uses the technology which allows our all credit and debit card details to transfer to the NFC terminal by which we can pay anywhere anytime without having the card with us. It also uses MST( Magnetic Secure Transmission) technology. MST is the technology through which all the card details are transferred to Samsung Pay. It happens with the help of that magnetic strip presents behind the debit or credit card. All this happens by this. Any retailer can take the payment easily without any upgrading of there system.

Samsung Pay is the app that eliminates the role of debit and credit cards as we can pay directly by the smartphone just by scanning the app at the store. It has many features that make it unique from other apps.

Main Features of Samsung Pay are:

What if we Compare Samsung Pay with Another paid app?

Yes, Samsung Pay is indeed the better option than Google pay or any other Android pay. It is so because it has MST technology. With the help of this technology, the user can pay anywhere at any store where the debit and credit card are accepted as Samsung Pay has the details of our card available in it. But the Google pay or nay other payment is not accepted everywhere as they need all the steps to be followed only then payment is possible at any store.

Is it Safe Or Not?

It is the huge issue of every app, whether it is safe to use it or not because all the details of our card and bank have been present in them, and if something happens, we could incur a huge loss. So each person uses only trustable things. Samsung Pay is very safe to use as all the credentials are confidential with the app, even the card is risky than Samsung Pay. This Pay never gives our actual or real card number. It always transfers a different name to the payment terminal where we pay the money. No one has ever seen the original card number.

This Pay also requires authentication before making the payment likes the fingerprint or passcode whatever option you have selected. By this, it is trustable to use the Samsung Pay as full security is there in it. 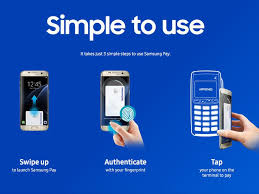 For downloading the Samsung pay app you just need to have the device in which the Samsung Pay app is supported. After that just visit the store like app store or play store and just search for the Samsung pay app and find the app and click on the install button. As soon as you click on the install button the app will get installed on your smartphone. After that just work according to the process mentioned in the article and you will get all the information and you will be able to use the app very easily. Just read working properly to get the app’s knowledge clearly. It is very easy to use the app and download it.

Samsung Pay has not been used in all the countries; as it has some limited countries where a person can use Samsung Pay. It has not been fully utilizing in all the states. Some restrictions are there. Even the bank of our country does not allow Samsung Pay. Some listed banks only will enable the use of the app.

The countries which allow it are:-

In all countries, Samsung Pay have support from different banks. As the country changes, bank availability also changes. It changes according to changes than made in the availability of the Samsung Pay. It can also come to other countries at some time. 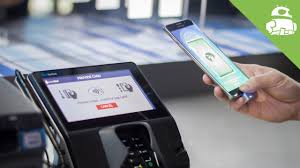 Samsung Pay is not available on all the devices it has been for now used on some particular methods. All the smartphone does not allow this app. Galaxy phone is mostly utilizing for Samsung pay as it is supported on them. This Pay is like Galaxy S6 does not support Even some Galaxy phones. One thing is also there that in some countries, many devices do not support MST technology. If you have the device on which the Samsung Pay allows but your country not allow the app, then you cannot use the app.

The list of the device on which it is supported are:-

What are the alternatives Of Samsung Pay?

Alternatives of it are:-

How to Add Card on Samsung Pay?

Now the Samsung Pay will ask you for the authentication for safety purposes. In this, you can use the fingerprint or any passcode that you want to set up it for further process.

After that authentication, you will be asked to enter the pin, and as soon you set up it, you will be further processed to the next step of adding the debit or credit card for making the payment by  Samsung Pay.

For adding the card, you have to take a picture of the debit or credit whichever card you want to add in it. The app will elaborate on the card details and soon ask you to enter the CVV and Name, as mentioned on the card. After checking the details, move to the next step. They will review and validate your bank with all the features that you provided.

After that, you have to verify your card according to the process given there, and as soon as you finish the process, the tag will add to your it, and you can make payment using it. 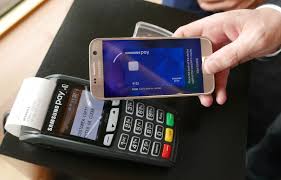 How to Use the Samsung pay app?

You should have to have at least one card in your Pay than only you will be able to use this Pay.

You have to swipe from the bottom of the screen to on the Samsung pay. If you have added multiple cards on Samsung Pay, then select the card from which you have to pay.

Now you have to select the payment that is fingerprint or passcode whatever you have chosen at the time of authentication. After that, you have to place your phone on the machine available at that store.

It will detect your card, and once the card is detected, you should remove the phone from it and then enter the pin of the card for making the payment. You can create as much amount as you want. There is no limit to it unless the bank has fixed it by themselves.